You know you’ve made it in the comedy business when you get to publicly bitch to large audiences about how your precious jokes are under attack. That was the case again this fall when Saturday Night Live annulled its hiring of comedian Shane Gillis after everyone found out that Gillis said nakedly racist shit on his own podcast just a year prior. Click the link right here and you’ll find that Gillis’ comments aren’t coded racism, nor are they cleverly worked into good material. It’s just basic, clumsy racism, as easy to diagnose as a severe case of herpes.

Not that such racism ended up mattering to Gillis’ peers, many of whom used his stillborn tenure at SNL to, for the 900th time, sound the alarms about how their craft is under attack from the dreaded cancel culture. Here’s industry veteran Bill Burr:

We’re not running for office. When is this gonna fucking end? You millennials… you’re a bunch of rats, all of you. None of them care. All they want to do is get people in trouble.

Here, predictably, is Bill Maher, who proudly called himself a “house n‑‑‑‑‑” on his own HBO show and still gets to reap $10 million a year from them for the privilege:

The difference is that liberals protect people, and PC people protect feelings. They don’t do anything. They’re pointing at other people who are somehow falling short of their standards, which could have changed three weeks ago.

And here is Sarah Silverman, who overhauled her own material to adapt to the times but still worries that all the comedians will get arrested for being too naughty:

It’s almost like there’s a mutated McCarthy era, where any comic better watch anything they say.

I actually profiled Silverman for a GQ cover story last year, and when we spoke, she made the compelling argument that comedians cannot effectively test out their material alone, or even in front of friends. (This part of our conversation didn’t make it into the finished story.) To know if a joke truly works, you have to face an audience cold and go by their gut response. I have done stand-up comedy in my life (poorly) and understand her argument. At least at a rudimentary level, I also appreciate how hard the job is and how much shit the average comic has to eat doing spot after spot at the Laugh Attic to hone their material and make sure every joke is the right joke.

Comics have been exposing themselves — metaphorically! — for more than half a century, if not longer.

Unless you’re freakishly gifted, you can’t bypass that work. Not even Chris Rock or Jerry Seinfeld can. Just ask them. Silverman is right: Being funny excuses a lot, but often the only way to know if a bit is truly funny is to expose it to an audience and put yourself at risk in the process. That risk has been a guiding light of stand-up ever since Redd Foxx took the mic. In other words, comics have been exposing themselves — metaphorically! — for over half a century, if not longer.

The durability of that risk-taking is all the evidence you need to know that these complaints about mean woke people are overblown and melodramatic compared to any criticism lobbed the way of Dave Chappelle. There is no active danger of comics being unable to take those risks in 2019. The fucking president of the United States is a hacky insult comic who’s got an entire wing of the media backing him up, plus all the Proud Boys and gun nuts you can fit into a state fairground vociferously hooting in approval every time he jokes to the world that Princess Kate totally wanted to blow him one time. He’s edgy like that.

This is not exactly an America where more-sensitive people have the upper hand right now. That Gillis got the gate from SNL counts as a genuine upset when there’s already a thriving market for those interested in being unapologetic cocks: people who use the term “woke” as an epithet and think racism is a lit firework they get to play with rather than it just being, you know, racism.

And yet, I gotta hear endless bullshit about how those fascist SJWs are gonna deprive comics of their precious boundary pushing and cut their nuts off so that every set resembles an old episode of Laugh-In.

Joker is set to come out two days from now. It will make hundreds of millions of dollars, if not more. And the reason it’s getting made is because writer/director Todd Phillips was apparently too scared of the Twitter mob to make Old School 2: We’re Going Streaking… Again!

Instead, Phillips was forced to slum it by making a comic book franchise origin story for one of the most bankable comic book characters in the world, starring one of the greatest actors in the world. Oh, and Phillips gets to cosplay as Scorsese in the process. The poor, poor bastard. This is the part where I remind you that the Joker is supposed to be, you know, funny. It is right there in the name, after all. Cesar Romero’s Joker was funny. Jack Nicholson’s Joker was funny. Heath Ledger’s definitive Joker was also funny, even trafficking in anti-comedy dad jokes. (“Let’s not blow this out of proportion,” he says while brandishing a string of grenades.) Hopefully, Phoenix’s Joker will also be funny, but everything about the previews indicates that Phillips’ movie will be focused less on his punchlines and more on the inner torment that has driven Arthur Fleck to use demented, terroristic humor as a defense mechanism.

In the real world, defensiveness has been a tiresome staple of the real stand-up community since I was growing up back in the 1980s and ’90s. People fretted over political correctness back then, too, you know. It was just as empty of a panic as it is now, and that baseless fear is hurting the quality of comedy way more than the tragic idea of Joey Yuks having to pull back on some of his more risqué material about the gays. Chapelle’s Netflix special features him jokingly chiding the audience for being too sensitive to his coming gags. Burr’s Netflix special features him joking about how no one cares if something bad happens to a man. I don’t give a fuck about these guys lashing out at all their imaginary enemies and lamenting all their brilliant jokes that had to go untold. After a while, it plays like the final scene of Lenny, when everyone walks out of the club on Dustin Hoffman because he won’t stop using his stage time to air every last one of his petty grievances. This is why Ricky Gervais has sucked for roughly a decade now.

Bill Burr is too good at what he does to be complaining about this shit. The man can still charge six figures per appearance. What fucking gripe does he really have? When confronted with the prospect of people objecting to some of his work, or the work of a colleague he respects, Burr falls back on the kind of limp bullshit that I could get from any random Facebook comment. Look again.

“You millennials… you’re a bunch of rats, all of you.”

Bill Burr is 51 years old, technically making him a scant 13 years older than the oldest of those millennial ragamuffins, and that quote doubles his age. He sounds fucking old, and he sounds uninspired. That is what’s depressing. I get needing to workshop your material live, but someone as sharp and deeply funny as Burr is shouldn’t need a cold audience to know when some shit he’s about to say is over the line. More likely, he knows precisely where the line is and then gleefully steps over it so that he can get the same adulation from dickheads in the audience that Andrew Dice Clay got back in 1989. (Netflix is even marketing Burr’s new special as such.)

That’s the easy thing for him to do, and what consequence has he been forced to endure as a result? A few angry tweets? Who gives a shit? Every red-pilled comedian out there has a chair on Adam Carolla’s podcast waiting for them and a warm audience at the Comedy Cellar ready to welcome them back with open arms. This is the softest form of oppression. There’s no real danger for the bulk of these comedy lifers. There’s no trouble. There is only tricking the audience into believing that you could get hauled away because your jokes are just too hot for all the trans people to handle. There is only living inside the mindset that people who are offended by your jokes are either being overly sensitive or making up their offense outright.

That trick works, and not just on Republicans. These endless complaints are an insidious way for otherwise rational guys to become spiritually aligned with the Ben Shapiros of the universe, even when their politics are divergent. Every comic out there who gets challenged is at an automatic advantage in the argument, because, as noted above, stand-up comedy is fucking hard, and because anyone coming at a comic is automatically the unfunny one. You’re the buzzkill. You’re the hall monitor ruining Bill Maher’s fat jokes for all the skinny people in attendance. You, and somehow not Bill Maher, are the dour asshole. You’re the one who should grow up. He’s the victim.

The twist is that those hall monitors can be quite charming themselves. Allow James Corden to demonstrate:

Or ask John Mulaney, one of the best comedians in the universe.

“My friend Max Silvestri puts it this way: ‘Why is everyone freaking out about adapting?’ As a comedian, you constantly step on your ego to go, ‘I’d like to be a better comedian.’”

Or ask Silverman, the way I did.

“Comedy by nature is not at all evergreen. So, if you’re doing it right, you look back at your old stuff and you’re horrified.”

Or, you know what? Fuck it. Let’s go to the late, beatified George Carlin, who could do no wrong in the eyes of most modern comics, and who settled this matter back when it should have been deemed settled:

That Carlin clip is nearly 30 years old. That’s how long we’ve been having this little tiff. And that’s how beat it is to see otherwise brilliant stand-ups mining the debate for pity. It’s become a fucking joke, and an old one at that. It’s not that hard to spend five seconds wondering if a punchline is gonna be shitty and racist, grappling with it in your mind, and then adapting accordingly, as Mulaney notes. That’s how shit is supposed to work. I’m certainly no stranger to it.

And that process of adapting really shouldn’t be that hard if you happen to be among the most talented comedians on fucking earth. It’s not exactly encouraging when I could be laughing along with Jim Jefferies instead of hearing him drone on about who is worthy of judging his shtick and who is not. I came to hear some jokes, and I ended up with a bunch of guys as emotionally fragile as the op-ed section of the New York Times. My Deadspin colleague David Roth told me that a lot of these comics are basically tailored to be cops now. They wanna protect their little suburb of material, and they wanna shoot down anyone who dares trespass. They are the atomic opposite of fearless. They don’t have bad jokes, only a bad audience. That’s the act now, and it’s the furthest fucking thing from original. 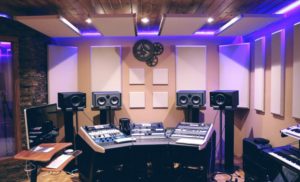