In line with LG slogan which aims to achieve the highest satisfaction of its customers and consumers, the company has manufactured the latest tv series as the LG 65UM7300AUE brand. The TV brand was introduced in the market in the year 2019.

LG 65UM7300AUE is also called the 2019-UM 73 series and is the successor to the 2020 UN 73 series also referred to as the LG 65UN7300AUD. Both series are almost similar in terms of feature and capabilities; however, the 2020 UN73 series has been upgraded to include HGIG compatibility and has the filmmaker mode.

The LG 65UM7300AUE TV is not just a normal television set but has other interesting inbuilt features which include the ability to connect to the internet. This allows for browsing through the internet as well as streaming online content such as movies.

It is equipped with accessibility assistants such as Google assistant and has the latest artificial intelligence called ThinQ.  It also has Bluetooth connectivity ability to allow connectivity to peripheral devices. The TV also comes with a magic remote which makes TV navigation and general TV experience much fun and better. It is also much more sophisticated in terms of display and sound quality

The accessories that come with the TV packaging include a Magic Remote Control – AN-MR19. The remote features universal control capability and control compatibility meaning it can also be used in other LG-compatible devices such as soundbars and home theatre. These features make this a unique gadget in the marketplace.

The recommended power supply for the TV device is AC 120 V, 50/60 Hz with an approximated power consumption of 0.5 W in standby mode.

LG 65UM7300AUE TV has 2 GPU cores and 4 CPU cores with a CPU frequency of 1200MHZ and is equipped with a webOS operating system.

It has an LG Content Store where users can get all new apps entertainment and movies it also has an inbuilt full web browser to provide for seamless browsing of the internet as well as streaming. The TV has a speech to text and LG voice search making navigation and content search much easier and faster. That’s the main advantage of this gadget and this makes it unique.

It has a parental control feature also known as the V-chip to enable caregivers and parents to restrict unfavorable content to minors. This device also has a PVR function also known as a private video recorder to enable the recording of TV programs for later viewing. The time shift function also allows for recording and previewing television broadcasts.

The TV display allows for multi-view and can be projected to other mobile devices through the screen share feature and also the display can be restricted to multiple TV or projectors using the hotel mode.

ALLM feature provides for instant game response is important when a user engages in video gaming as it optimizes experience and interaction.

Other features of this TV include Amazon Echo compatibility and Apple home pod feature, an inbuilt music player, and 360- VR.

The TV has wide-angle viewing allowing screen viewing upto180°with clarity. The TV has a higher color accuracy since it is fitted with an in plane switching (IPS) which is more advanced in comparison to the VA panels that are fitted in common television sets. The IPS also ensures the TV has a minimum response time of 8ms.

The screen is flat LCD and has a diagonal size of 64.5″. the screen resolution is 4K UHD featuring 3840 pixels horizontally and 2160 pixels vertically. This means that it has approximately four times more pixels than a common high definition TV (HDTV). Its DCI P3 Color Space Coverage is 90% allows for the projection of more colors and thus the viewer can enjoy realistic and more natural images on the TV

The LED background is a direct LED which allows for the uniform backlight.

The supported image formats are Jps, Jpeg, and Mpo.

The TV allows for numerous connectivity functions to other devices, hardware, and services as well as accessibility modules. The input and output connectivity of the TV is through wireless and cables. LG 65UM7300AUE TV is a smart TV that allows for connectivity with various applications such as android and IOS that developers have integrated on devices.

The TV hardware has ports for inputs and output and they include three HDMI inputs for HDMI version 2.0b, two USB inputs, one RF input, and one composite input. It also allows for optical audio output and Ethernet input.

Some of the wireless connectivity functions of this tv include; Wi-Fi, Wi-Fi Direct, Bluetooth, and DLNA. Some of the compatible applications include smart thinQ, Alexa, Virtual assistant, LG TV plus app, Apple Airplay, and Google Home/ Assistant.

The TV supports HDMI-CEC and HDMI Audio Return Channel (ARC) and has a Wi-Fi frequency of 2.4 GHz, 5 GHz

LG 65UM7300AUE TV has internally inbuilt speakers as well as the ability to connect to the peripheral audio speakers through Bluetooth or through the audio output. The TV supports Simultaneous Audio Output allowing for sound to be spread across devices simultaneously the tv has smart speaker compatibility as well as LG sound sync function which enables to effortlessly connect to compatible soundbars and home theatre systems

The speakers are of 2.0 channel type with a power rating of 20W. The TV speakers configuration is the down-firing type. The audio type of the TV is DTS Digital surround and is equipped with clear voice III enhancement which provides a better user experience in terms of loudness and clarity such as during dialogues

The one-touch sound tuning functionality of the TV works in hand with the magic remote. This function allows for the detection of the background noise levels within the space where TV is installed. This is through the microphone on the magic remote. A user can then select the admired sound effect such as bass, standard, or treble, the one-touch sound tuning can also be switched off.

Aside from offering a wide viewing angle to the user, the LG 65UM7300AUE TV has inbuilt features to allow for high-quality display and picture quality. The TV has a high dynamic range and HLG abilities which aim to guarantee and provide a better quality picture display for the user.

The HDR and HLG are the greatest innovations to the earlier SDR TV technology. In fact, the HDR and HLG are the future of television and have received massive support since their rollout as compared to the 3D technology rollout. HDR produces more impact, improved, color, and highlights and comes in handy while streaming, in video games, or in blue-ray discs.

HLG can be considered as a type of advanced HDR format since it involves dual coding of SDR and HDR formats. HLG is designed for satellite TV, live TV as well as broadcast TV. Although there are no HLG format shows or movies present at the present the availability of HLG firmware in LG 65UM7300AUE TV is great as broadcast technology advances. The TV also allows for the user to switch the HDR effect to alter the picture mode to allow for more dynamic and clearer images through alteration of the light and dark areas of the display.

The TV picture mode setting also provides for Dynamic Tone Mapping which can be used in video games since they make the picture duskier areas look as if they are darker and the brighter areas seem lighter. This may make the user feel as well as enjoy the video game as if it were the real experience.

LG 65UM7300AUE TV has a noise reduction setting that enables the improvement of image characteristics through color calibrations modes installed. This tv also has true color accuracy which lacks in common TV sets. This technology allows maintaining the color tone at 100% from all angles either from the front or from the sides. This enables the user to view the same image and color on the TV screen irrespective of the viewing angle or positioning of the TV.

LG 65UM7300AUE TV has Quad-Core Processor that allows for upscaling of low-resolution images to the 4k quality. The processor allows elimination and reduces noise to result in vibrancy in the picture quality and color. The 4K Upscaler also guarantees that low-resolution images are automatically upscaled to the 4K standard. The TV has TruMotion 120 frame interpolation technique with a frame interpolation of 120 HZ. This is an adequate refresh rate that guarantees no lags in picture displays.

In the modern-day world of smart television for any consumer who is willing to purchase this gadget. The LG 65UM7300AUE TV is a good prospect to be considered.

Whether you are looking forward to purchasing a TV for your home or restaurant for gaming or as a monitor for a PC the LG 65UM7300AUE TV is the appropriate and convenient product.

Having this TV for your family is the most convenient since it can be viewed by a large audience regardless of their sitting position due to its large viewing angle and clear display. The Tv can also be used for gaming by the children and also the grownups and also can be used browse the internet.

Are there additional charges to import the TV?

In case of technical problems within the warranty period who do I consult?

If you have a technical issue with the gadget you should consult the dealer and the sales agent. Just like any electronic device can be replaced if you have a warranty, the same applies to this gadget. All you need is to keep your warranty safe and sound after buying your television. Many people misplace their device’s warranty and this is something you should be careful about because technical issues may arise. All these gadgets are made by human beings hence they are very prone to error. You should be prepared that technical hitches can arise anytime hence safeguarding your warranty is vital.

What is the estimated working period of the TV?

The television can work efficiently even up to ten years depending on how the owner handles their device.

Is it convenient to use the stands or the mount?

You can mount your television especially if you have a kid in the house. Kids can play with any device in the house hence a television stand isn’t efficient in a house with kids.

How do I get a genuine remote control?

When you are sourcing for electronic devices you should be very careful because these sellers cannot be trusted. Check the seal numbers when buying your remote control and do a background check on your sellers before buying anything.

Is it compatible with any Bluetooth Device?

The television can be compatible with your Bluetooth device as long as its settings are up to date.

What socket type is compatible with the power cord?

When buying your device ensure that the socket type is compatible with your power chord to avoid late realization. You may buy the gadget and realize later when you get home that the device isn’t compatible.

Is the TV compatible with any digital decoder?

The television is compatible with the digital decoder hence you shouldn’t worry about this aspect while buying your television.

Does the TV have an auto power on and off feature?

As the technological advancements are getting better daily, these televisions have all the power features. The best thing about this television is that all its features have ease of use. You can have the best experience with your television.

Does the television contain the default language selection?

The television has these features of default language selection among other things. You will not struggle with the usability of your television. 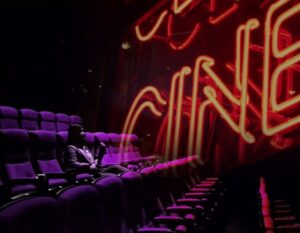 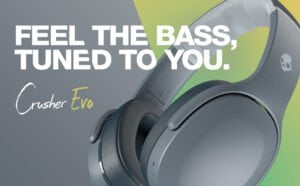